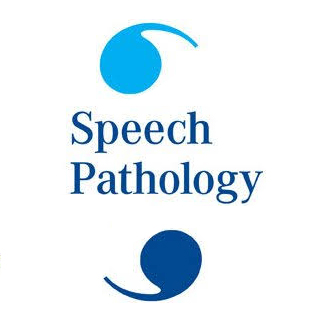 Steph: So, I guess I chose speech pathology because I was sort of looking into it in year 12 and I thought it was really cool that you could help people with their communication. And I just think for me, communication is so important in our everyday life; something that I’m really passionate about. And I think a lot of people who can’t communicate have a lot of difficulty just in their everyday and often develop some mental health difficulties or behavioral issues because they’re not able to make choices about things that are important to them. They’re not as involved in their life as they should be. They get a lot of people sort of making decisions for them because they can’t communicate very well, which to me is quite sad.

Niko: When you say communicate Steph; do you mean talking or do you mean any form of communication? So like, as speech pathologists sounds like it’s only for the speech, but does it transcend that a little bit further? I mean, it does, does it?

Steph: Yeah, so it’s definitely not just for speech. I think that’s a common misconception with speech pathology because everyone sort of thinks about it; it might be someone that studies, or it might be a child who can’t say a sound properly, but it’s actually a lot more broad than that. Especially for me, a lot of the clients I see, they don’t actually speak at all, so they’re what we would call nonverbal clients. And they will never be able to speak the same way that we do. So, we sort of have to think about, “Well, how can we actually help them to communicate what they need, but without them actually speaking to us?” So we use other methods like symbols and pictures and photos. We can do that now on iPads and different devices, which is really cool. So you can get someone to press on a photo and it will say out loud what the photo is which is really great. And we can also use keyword signs, which is a bit like a simplified version of sign language. That’s another way that will help people communicate. And I guess another big one is behavior.

Steph: I mean, I definitely don’t know sign language very well. I know keyword sign, which I would probably say is more like knowing sign language, but for probably a 12 month old type level. So with my sign, I think I can probably sign around a hundred signs pretty confidently, but when you think about how many words a child even knows by the time they’re two, it’s over a hundred words. So, I can do some signs, but I definitely don’t know sign language because sign language is its own complete language. It’s really quite complex. It’s just as complex as our spoken languages, which is quite amazing. It’s something I think I want to learn one day because I find it really interesting. And I’d love to be able to follow along when they have the news bulletins and they’ve got the sign language person interpreting; I’d love to be able to understand.

Niko: That’s fantastic Steph. I don’t know where it was; I think it was in one of the– I can’t remember what it was, but there was somebody who didn’t actually know how to do it and he was just pretending to be doing.

Niko: I think what he was doing was just maybe his hands– that would be me.

Steph: Fake it till you make it right? That’s really what you got to do, but hopefully he wasn’t making fun of them.

Niko: I think that really not–

Steph: Trying to make a joke.

Niko: Yeah, I don’t think [unclear04:08]. But anyway, look, what interests me as well too, is during COVID times, during this lockdown, how’s it been for you? I mean, like, I can’t imagine how you could do your job if you’ve got to wear a mask and they’ve got to wear a mask. What happens there? How do you guys get around it?

Steph: It’s been so different, I can say that. The main way that we’ve tried to get around it, I guess is by moving almost everything online. So, doing it over zoom is one of the ways we’ve been doing our sort of sessions. And at the moment, I’m actually not visiting anyone because of the really strict stage four restrictions with most of the teams that I work with has just been working from home, doing online sessions. So that was a bit difficult to adapt to at the start. A lot of technical difficulties, I can say; a lot of people who just don’t really have the access to technology at all. So, when we were thinking about starting this in March, we found that most of our clients didn’t even have an iPad or a laptop or something that they could actually talk to us with, so that was a real issue.

And now that more people do have those devices, we’re trying to find ways to actually connect with them online which is quite different to how we will do it in person a lot of the time. I’m quite used to being able to go to someone’s house and just say, “Oh, let’s go out to the backyard, shoot a few hoops, have a bit of a chat,” whereas now, it’s all so different just on a video. And some people don’t like it, but some people absolutely love it and they think it’s fantastic.

Niko: Yeah. Well, it’s a little bit like, I mean, it’s not exactly the same thing obviously, but like doing exercise, like having virtual classes been fantastic, it’s just a catch up. It’s definitely not the same as being face to face, but in your field, I just can’t imagine how difficult it would be. Because I mean, you’re looking at me now right, and you can see my mouth moving, but I’m looking at my mouth moving and I’m going, “Am I moving my mouth to those words exactly how I should be?” So how could you tell, I mean, it’d be difficult…

Steph: It is difficult, yeah. I had some clients where if their speech is already very difficult to understand, it can be even more difficult over zoom. So, that’s been a real challenge, but we have ways of getting around it. So for example, I might say to them, “I really can’t understand what you’re trying to tell me. Could you just type it in the chat and just talk to me that way, and we’ll do some different ways of communicating today instead of speech.” But then I’ve got other clients who they really like being able to look at because you know how you can share your screen and you can share photos and different images and resources. They really like being able to look at that online and actually talk to me about what’s on the screen. Yes, I really engage well with it because they’ve grown up with technology and they think iPads are great and they’d actually rather see me on an iPad than see me in person sometimes I’m finding. So yeah, it just works differently for everyone.

Niko: Is there a different age group that prefers that or is that different, you know, like men rather than women; how does it work for you?

Steph: It’s interesting; I find that the younger age group, they have been much easier to engage over telehealth because they already know how to use the iPad themselves. So, we didn’t have to teach them how to actually use it. They can go onto it and they can get into their own zoom meeting sort of by themselves, which is great. But I do find with the older age group, sort of probably over 40 that it is a little bit harder for them.

They do need a bit more support just for setting things up. And also, yeah, it’s probably not their favourite way of engaging just because they haven’t really done much of it before. I mean, everyone watches TV now, everyone watches sort of videos on YouTube, listens to music, so it’s not really that much more of a stretch for people. I think I was really worried at the start that a lot of people wouldn’t engage with me, but when I gave them the chance they actually have engaged really well. So, it’s been quite interesting and a good learning curve for me as well.

Niko: That’s fantastic. I just want to get back to where did you study; what you need to do?

Steph: I studied at Australian Catholic University, so ACU. I thought it was a great course because it was four years, and a lot of speech pathology courses are sort of master’s degrees where they’re only two year courses. So, we were pretty lucky because we got lots of placement opportunities, lots of opportunity to actually go out and experience some work during our four years, which really, really helped me to sort of figure out whether it was something I wanted to do or not. I think if I had, have just been studying without having that work placement, I really wouldn’t have had any idea of whether I wanted to actually do the job at the end of the course.

Niko: So is there an opportunity to do further studies or be considering that as well?

Steph: At this stage, I’m probably not considering it because I’m just really happy doing what I’m doing with my clients. And I think in terms of my job, I do so much professional development and so much extra study, even if it’s not through a Uni degree or through a master’s degree, you know, the amount of professional development that we do every year is huge. And I feel like I’m always learning just on the job, which is what I really, really like, rather than studying things that I feel like maybe I won’t use that much, which can be a bit frustrating, I guess.